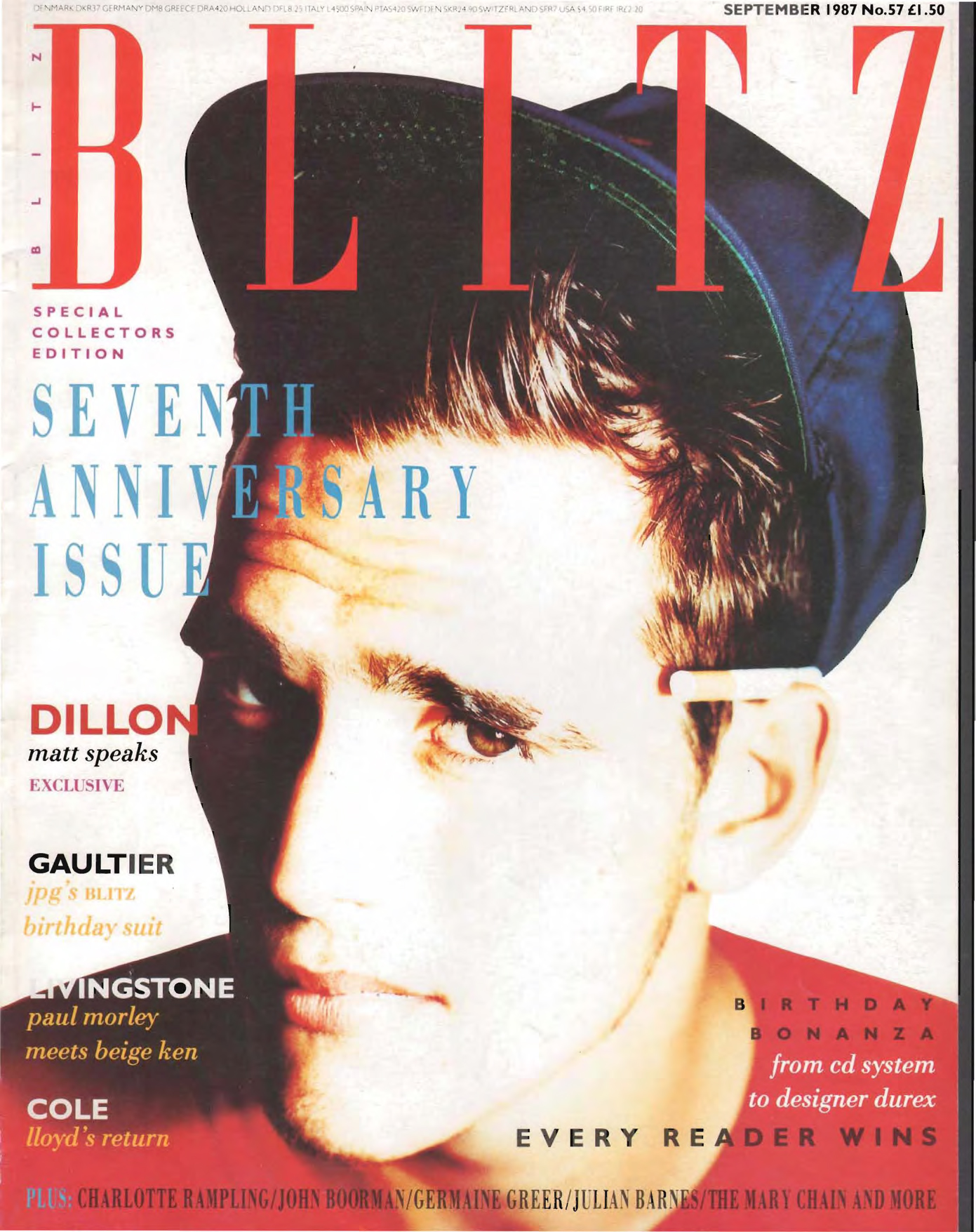 The famous maxim that the ‘80s is the decade that fashion forgot’ faces serious opposition down at the V&A in London.

Their current exhibition hosts a staggering wealth of material from leading 1980s fashion magazine, Blitz.  From the nightclub to the catwalk Blitz was present to catalogue and capture the excitement and fashion of those times with technology stretching innovations within the photography department, which brings us to our Mick Lewis!

When our human Swiss army-knife Sam Burt, brought the exhibition to our attention we were super impressed to hear that our very own Mick Lewis worked as an associate of Blitz as a Camera Operator and Film Planner at the magazine’s peak.  Only slightly perturbed that issues he had worked on were now seen as museum pieces (the march of time isn’t always cruel).   He observed that Blitz was a very polished magazine, “The photographs we shot had near solid blacks and bleached out whites with only the mid tones showing a screen dot. Very adventurous at that time.”  This technique that is common place nowadays in todays publications 30 or so years on.

It’s not everyday we find senior members of staff with work on display at a world famous art gallery. But hey that’s how the Silvertoad militia roll, baby. Not that we’re taking any direct credit.

We’ll probably take a day trip jolly down there now that it’s open.  Can you still buy fluorescent socks?

Discover the creative explosion of London fashion in the 1980s through more than 85 eye-catching outfits.

Club to Catwalk showcases the bold and exciting new looks by the most experimental young designers of the decade, including Betty Jackson, Katharine Hamnett, Wendy Dagworthy and John Galliano. This major exhibition traces the emerging theatricality in British fashion as the capital’s vibrant and eclectic club scene influenced a new generation of designers. Also celebrating iconic styles such as New Romantic and High Camp, and featuring outfits worn by Adam Ant and Leigh Bowery, the exhibition explores how the creative relationship between catwalk and club wear helped reinvent fashion, as reflected in magazines such as i-D and Blitz and venues including Heaven and Taboo.