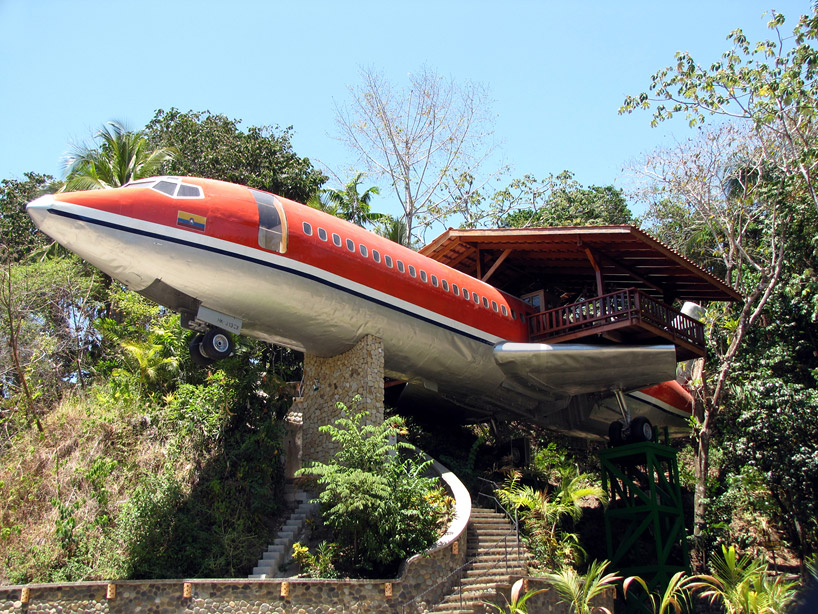 24 May Boeing 727 Suite | The ‘Supersonic’ Costa Verde Hotel
Posted at 17:21h in Art and Design Industry by Toma Habashi

The Boeing 727 ‘Phoenix’ Suite at the Costa Verde hotel offers guests a private stay within a massive refurbished airliner. the salvaged, 1965 Boeing 727 airframe — which in its prior life shuttled globetrotters around South Africa and Colombia — has been taken from the san jose airport, and retrofitted into an exclusive hotel suite. the interior has been fully outfitted and meticulously detailed to include two air conditioned bedrooms, each with its own private bath, a kitchenette, dining area, ocean view terrace, a private entrance up a river rock staircase, and 360 degree views of surrounding gardens. 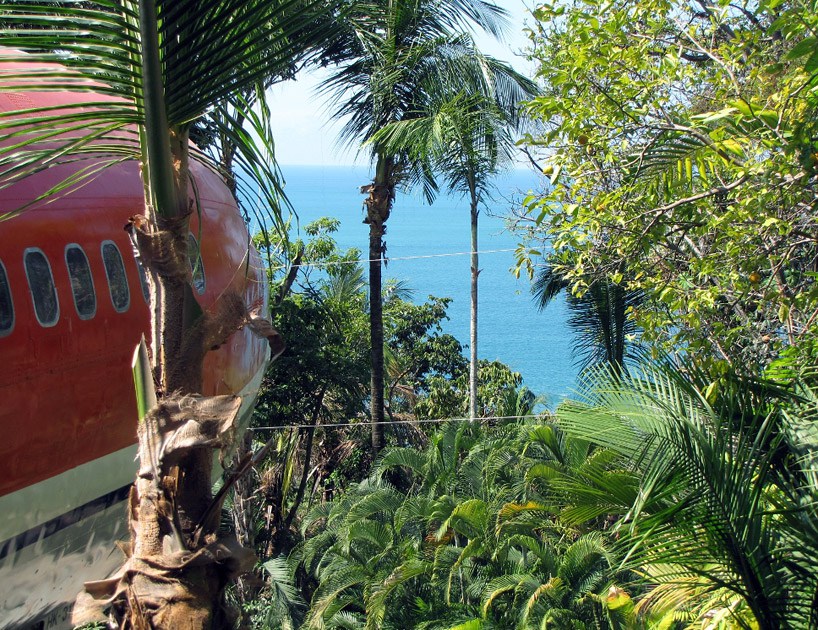 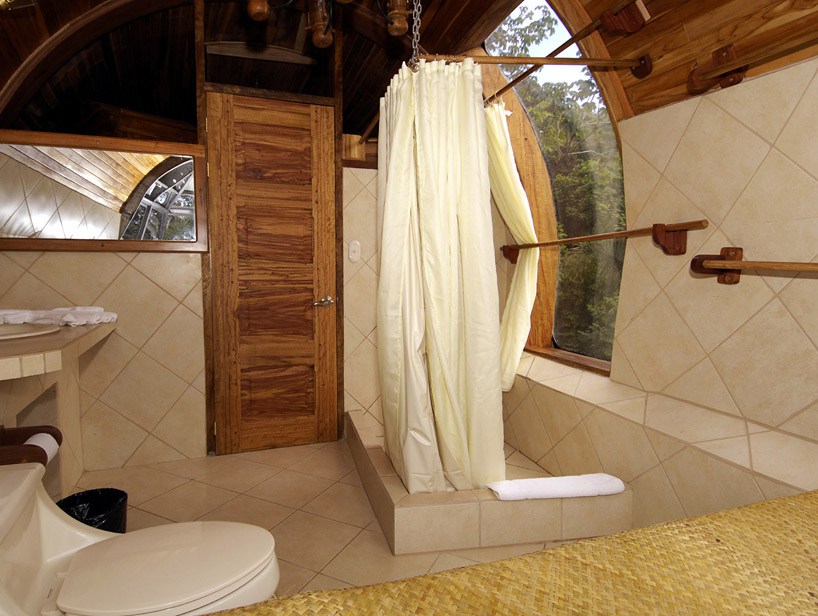 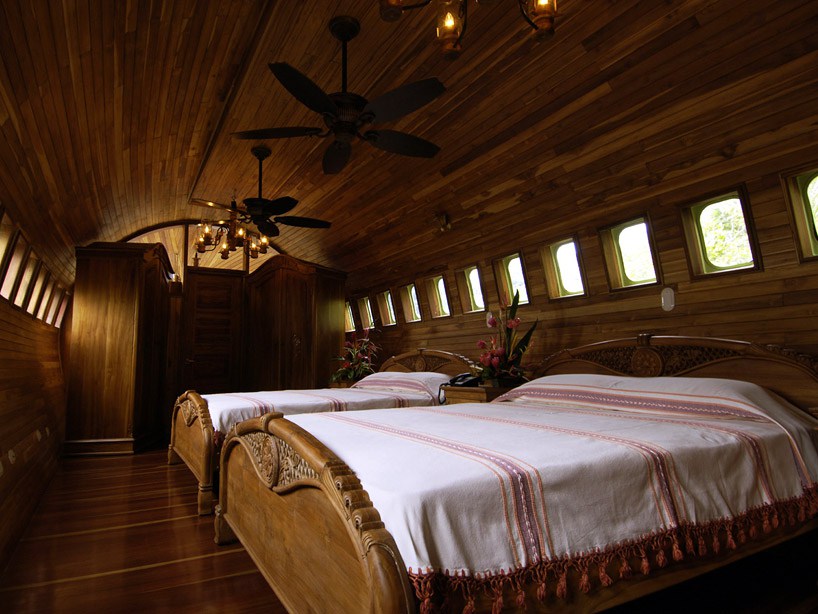 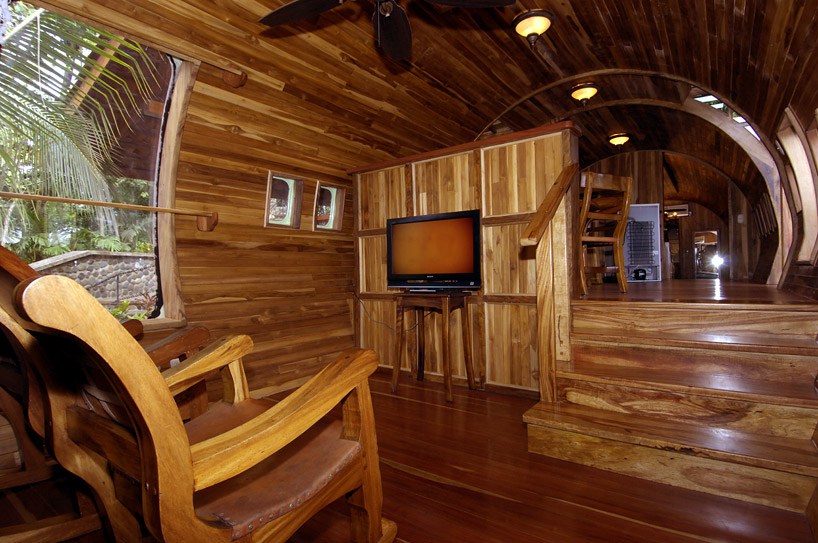 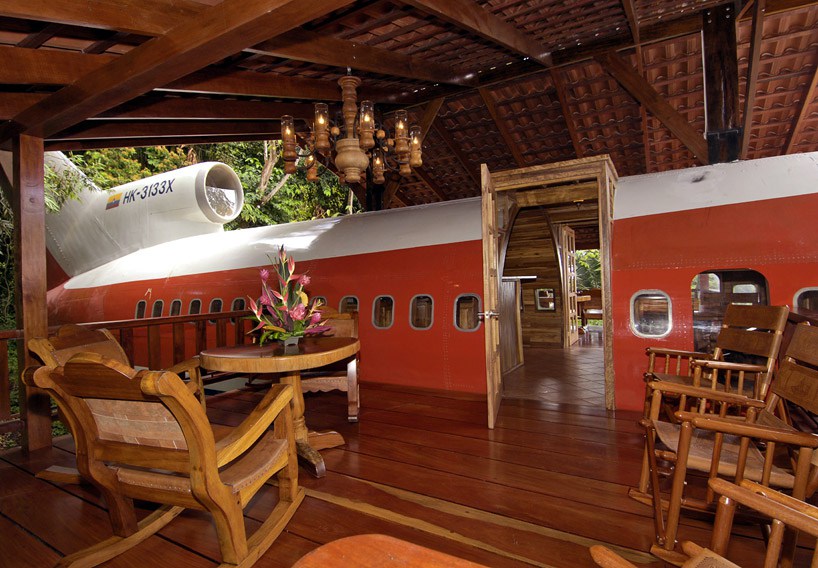 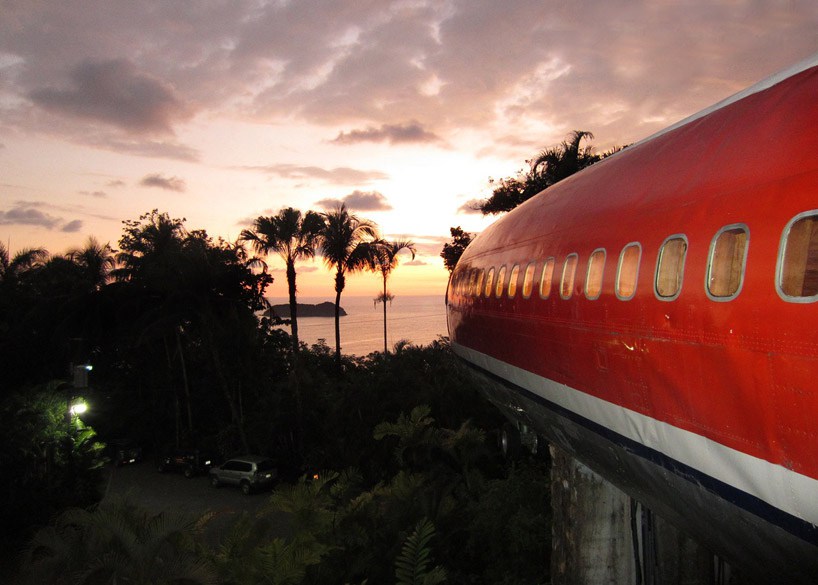 The Boeing 727 airframe was carefully transported the pieces on five, big-rig trucks to the jungles of Manuel Antonio where they have been resurrected into a unique jumbo hotel suite. Our classic airplane, nestled on the edge of the National Park in the Costa Verde II area, is perched on a 50-foot pedestal. At this height, you will enjoy scenic ocean and jungle views from the hard wood deck built atop the plane’s former right wing.

The plane’s interior is Costa Rican teak paneling from the cockpit to the tail.

Furnishings are hand-carved, teak furniture from Java, Indonesia. Our 727 home features two air conditioned bedrooms–one with two queen sized beds and the other with one queen sized bed, each with its own private bath—a flat screen TV, a kitchenette with microwave, dining area, an ocean view terrace, a private entrance up a river rock, spiral staircase, and 360 degrees of nature landscape.

The refurbished Boeing 727 home is not the only one in the world of it’s kind. It was inspired by a Forbes Magazine article about a company offering hurricane-proof living via surplus Boeing 727 airframes! The Boeing 727 ‘Phoenix Suite’s” interior designers were intrigued and found some new ways to introduce convenience and luxury to this very prosaic bit of aluminum scrap.