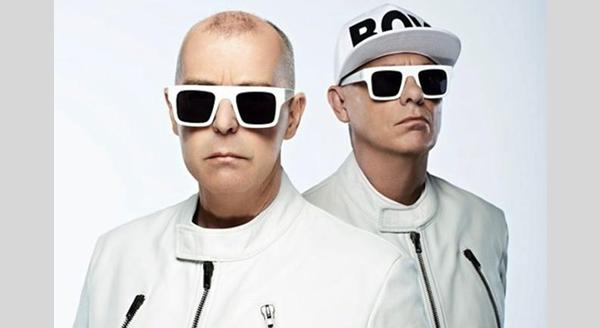 “We Were Only Being Boring!” – The Pet Shop Boys

Love them or hate them The Pet Shop Boys have never, ever hidden away from the sharp end of technology.  With each new release they have expanded their repertoire by prototyping new listening devices along with being amongst the first to harness new advancements in music making. Now, they always say its bad to cling to old formats (they is probably Apple or Samsung!) but these guys have never turned their backs on the trusty vinyl record.

Their new LP, Electric, sees them focus on the original and according to many, (ourselves included), the very best format for audio enjoyment. The Electric Box is their new sonic odyssey that houses their 10-sided LP.  Already, this item has sold out on pre-order, despite it’s £500 price tag, because of it’s eye-catching design by Farrow and wonderful The Vinyl Factory.
A fluorescent-edged multi-coloured acrylic box has been designed to package the album, which has been pressed on five multi-coloured heavyweight vinyl records (180g), contained in fluorescent outer and inner sleeves. This is ironic considering that we were dissing the use of fluorescent colours below the ankle in our article about Blitz Magazine earlier on.  Clearly, there still is fun to be had with your high-lighter pens in the 21st Century.

It’s not surprising the £500 set has sold out already. The Pet Shop Boys have previous form as Shad Thames botherers. A 2009 box set of the band’s Yes album was showcased in the Design Museum, won Creative Review’s Best in Book and was voted Record Collector’s Most Collectible Record of the 21st century.  What does it sound like though, we hear you bawl? Well here’s Axis and Vocal. Judge for yourself, we like it. Some pundits are calling it the best LP of 2013 already.

A caveat: we’ve just learnt that Neil Tennant and Chris Lowe will sign every single copy. Don’t they know about WOL* brings down the value in the musty dusty world of record enthusiasts?

The bog standard version will be available at your local record shop (if you can find one) on the 7th of October 2013.  CD and MP3 / Download is available now. Our nearest record shop dealing new vinyl is Empire Records in St. Albans, Herts.  For old vinyl go to Vinyl Revelations in Luton.

Give us a challenge, designing your band or record labels brand / logos / sleeves. We’ve got form too. One of our super-designers, Sam Burt is a highly decorated purveyor of the trade. Read More…