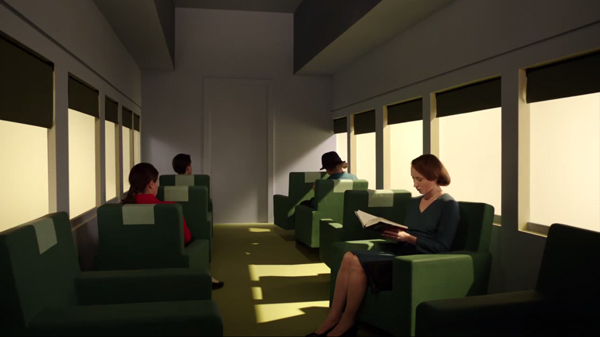 22 Jun Edward Hopper Paintings Brought To Life In Film
Posted at 11:28h in Art and Design Industry by Toma Habashi

It’s funny how Silvertoad blog writer, Ed had Edward Hopper on his mind all week after catching a glimpse of one of his paintings in the Tom Cruise film Oblivion. Now his old employed Design Bridge has found this curio for there Fridays Are Fun page.

Edward Hopper has long been a favourite of his and he loves it for the disquieting almost eerie feel you them emote. The viewer can almost hear the sounds like the wind blowing or a floor board creaking, maybe even a character exhaling as they hold their pose. Do they move when you’re not looking? Such are these wonderfully sad and involving paintings of American great Edward Hopper. He’s certainly Ed’s favourite American painter of the Twentieth Century.

Well to add to those unearthly feeling the Mr Hopper’s painting give us have a look at Gustave Deutsch’s short film Shirley – Visions of Reality which is based on thirteen of Hopper’s most famous works.