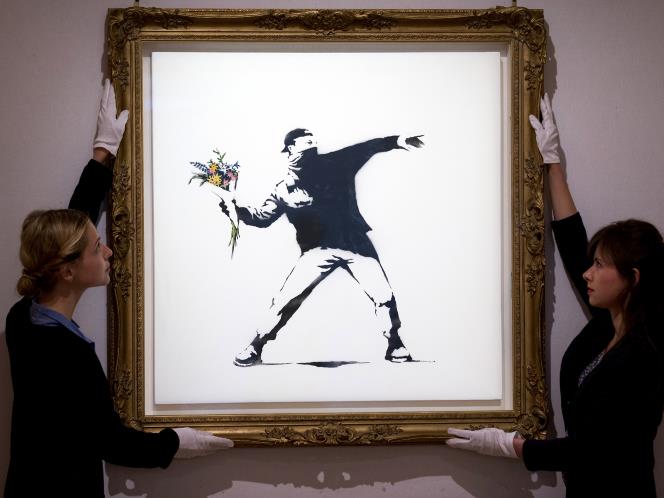 10 May How Banksy Pays The Bills
Posted at 07:45h in Art and Design Industry by Toma Habashi

Famous guerrilla artist Banksy has kept his true identity a secret from the masses for years. His agent is untouchable and he moves in silence unless a publicity stunt to ‘out’ him goes long. Ever wondered how he pays the bills though?

You don’t get paid for painting anonymous anti-establishment murals across the country do you? Well thanks to a recent article at MSN that didn’t really answer anything directly, Silvertoad thought we’d extend the line of thought.

The main income for Banksy is for his official commissions which are generally fronted by his agent. Take his massive installation on the Gaza Strip Wall in Israel!? He also sells prints onto canvas and paper of his famous works via galleries.

Has anybody seen his documentary Exit Through the Gift Shop? He must have made some ends from that. It was screened at cinemas all over the world on a general release and now it’s available on DVD. His fame certainly hasn’t diluted the vitriol in his messages so claims that he’s now a publicity machine are rendered fairly cynical. Everybody needs to make a living, so is he essentially biting the hand that feeds him? Has he sold out? Well, if people want to pay him for his work then we think that’s OK. As long as he keeps on prodding our thoughts with his animated and written messages of dissent. He’s like a modern day Spiderman!? I guess we’ll never find out who Banksy is in his lifetime. He certainly keeps us at Silvertoad interested.