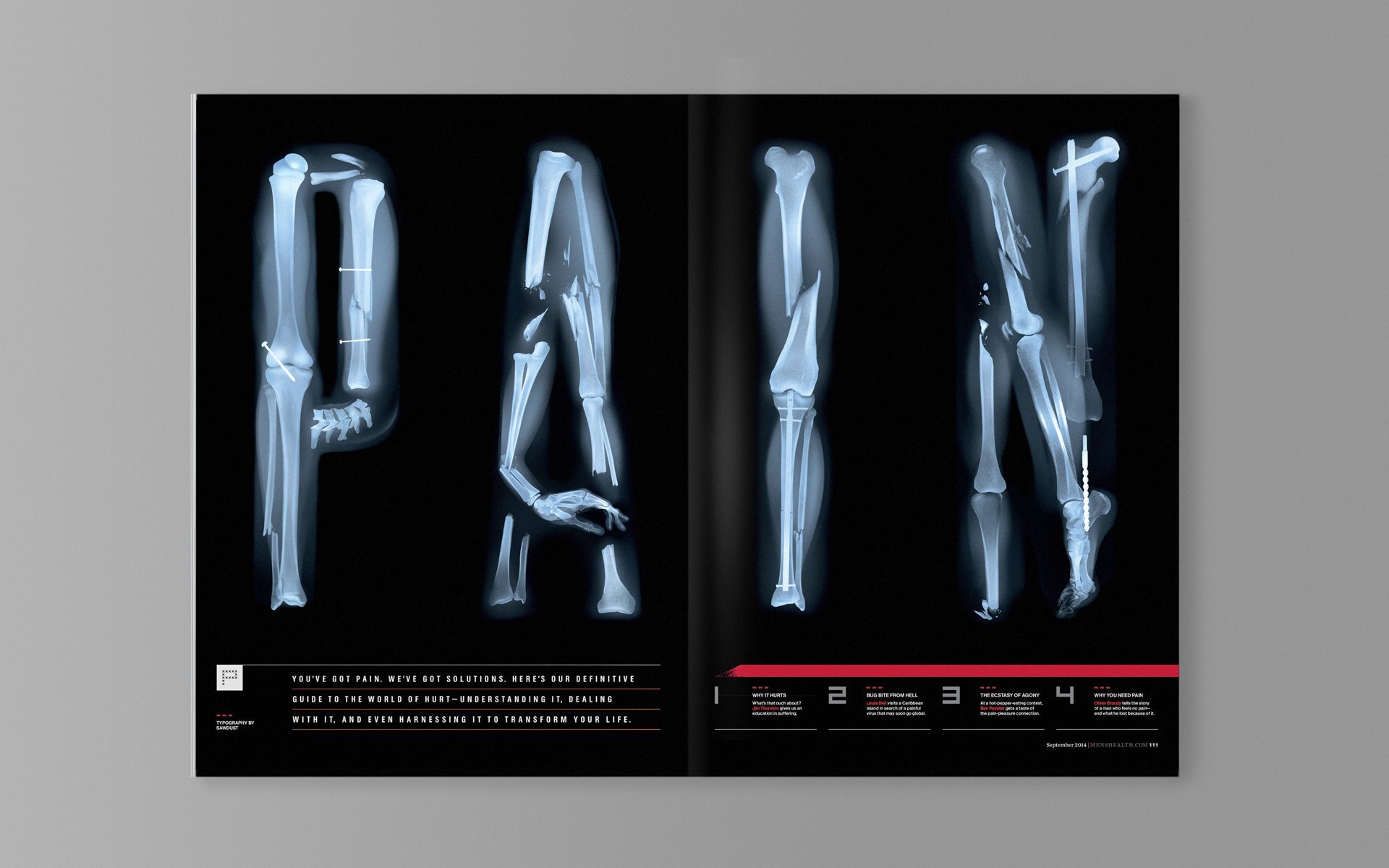 At the ongoing ‘Type-In-Motion’ exhibition at FACT in Liverpool, so of the new typefaces on display have had Silvertoad crew enthralled.

Pick of the litter from some of the great new type designs, projects and events include: a bespoke typeface for fashion blog Nasty Gal and the weird and wonderful skeletal letterforms from Sawdust.

Rob Gonzalez and Jonathan Quainton of renowned type design duo Sawdust’s previous projects include letterforms made out of pasta and some striking 3D type for the re-designed UK edition of Wired magazine.

For their latest project, a typographic illustration for Men’s Health magazine,  the pair created a series of ‘X-Ray’ letters out of human bones.  More examples are below.

Critton said the design is initially inspired by early to mid-20th century sans serifs and late 19th century Grotesks such as Akzidenz. “NG Grotesque posits itself as many things at once—simultaneously contemporary and historic, rigorous and gestural, objective and subjective, well-behaved and misbehaved,” he said.

Read more about the process here.