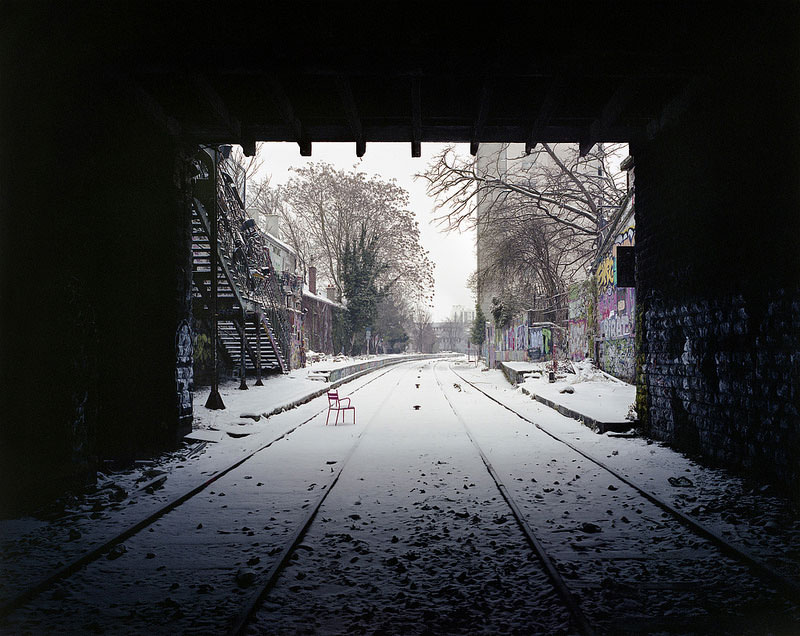 20 Mar Paris – The Forgotten Railway
Posted at 15:53h in Art and Design Industry by Toma Habashi

Silvertoad crew are fascinated with abandoned places. Take a look at these pictures by French photographer Pierre Folk who has spent years documenting a disappearing 160-year old railway network beneath central Paris, France.

The Chemin de fer de Petite Ceinture (French for ‘little belt railway’) is a 32 km railway that encircles the French capital city, connecting all the major railway stations within fortified walls built during the Industrial Revolution. It was in full-service from 1852 to 1934, the line has since been partially abandoned for 80 years.

Several developers and local officials have recently set their sights on the vast swath of unused land, tunnels, and stations as an opportunity for new development. However, some railway enthusiasts and related organizations want the tracks and stations to be preserved indefinitely as part of the cities’ heritage. Others want to turn areas of the Chemin de fer de Petite Ceinture into parkways similar to the nearby Promenade plantée, a 4.7 km park built on an elevated train track in 1988 that later inspired New York’s famous High Line.

“As part of his project By the Silent Line, photographer Pierre Folk has been working since 2011 to photograph the 160-year-old railway’s last remnants before any final decisions are made. He stalks the tracks at all times of the year, often returning to the same locations to document nature’s slow reclamation as rusted tracks and crumbling tunnels are swallowed by trees, vines, and grass,” said Christopher Jobson, a fan from Colossal Web.

The network also features in the recent film Mood Indigo.