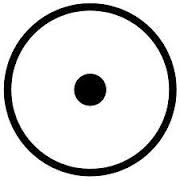 As we’re in the design business here at Silvertoad Ltd. we all had a discussion about the ingredients of a successful and memorable logo. A logos purpose is easy to define: it’s a symbol that identifies a company, society or organisation, often without the use of words.

For picking our favourite logos we went far and wide, from the dawn of time into the realms of science fiction.  Here’s a selection of our main picks.

Arun’s choices: Arun’s choices are two of the most recognisable logos in the world. Both Apple and Nike are utterly abstract yet are strongly entwined with the brand identity. They are virtually unrivalled in stature in their fields.

Mick’s Choices:  Mick also had two choices of logos. One of which was the old British Rail logo. The bold logo, still works without the use of any words yet its evocative of railway tracks.  His second choice is French Connection (UK)‘s font based logo that plays on the maxim that the eye doesn’t read instinctively from left to right but at random. It’s a famously mischievous logo that jumbles the letters of the English language’s most overused expletive, fcuk, (gotcha!)

Amy’s Choice:  Amy’s chose Punky Fish. They are a niche clothing clothing label with a unique and friendly logo. it exactly depicts it’s company name and is a memorable face on the High Street. Most importantly its pink and that is good enough for Amy!

Chris’ Choice: Chris went back to the beginning of time and selected one of the earliest signs known to mankind; the circumpunct.  The circumpunct was an ancient symbol used to represent the sun. It pre-existed the written word. But is it a logo? We think it counts.

Ed’s choice: Ed’s choice of logo doesn’t even exist in the real world but it still made an impact on him. Who remembers the OCP logo from the 1980s film Robocop? The OCP is an ingenious example of timeless logo design and ‘initial stacking’.  SIlvertoad Ltd. challenge you to come up with other ‘fictional’ logos.

Toma’s Choices:  Toma (predictably) chose the FSB (Federation of Small Businesses) Winners Logo because he likes the traditional use of a reef and the use of the prestigious colour, gold.  Realistically we all know its because we won the business innovation awards and naturally it would be his favorite! His second, and proper, choice is the ubiquitous Volkswagen (VW) car logo. The logo is about the most famous appropriation of initial / name substitution in the car industry. How many people actually know what BMW stands for? Go figure.

He’s also a fan of the Licensed To Ill-era Beastie Boys!

Anonymous’ choice:  Nobody chose the Ann Summer’s logo as ingenious as it is.  The second logo to feature an apple with a bite out of it – Ann Summer’s represents forbidden fruit. Ann Summers are infamous/well known for having taken ladies nightwear to the High Street. The apple also looks like a love heart as well with it’s employment of deep pink.