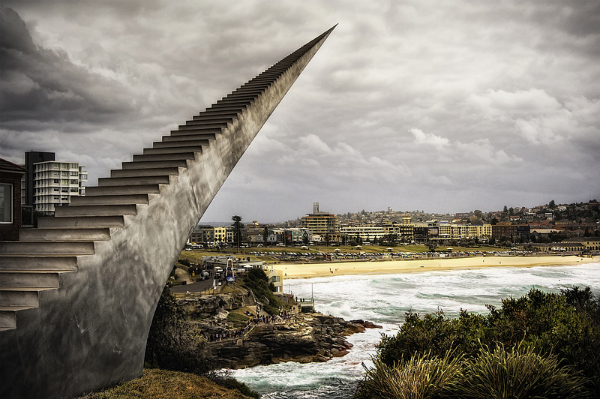 05 Dec An Infinite Staircase
Posted at 08:53h in Humour / Puzzle by Toma Habashi

Here’s this week’s Design as Art ‘quickie’.   David McCracken’s INFINITE STAIRCASE sculpture has had residents of Sydney’s Bondi Beach scratching their heads in wonderment. The wonderful sculpture is entitled Diminish and Ascend.

“I thought this was a really effective execution of something seemingly impossible. I only wonder if it’s as convincing in reality as it is in the photos,” offered sculpter David McCracken

Diminish and Ascend is part of this year’s Sculpture by the Sea exhibition inBondi, Sydney, Australia.