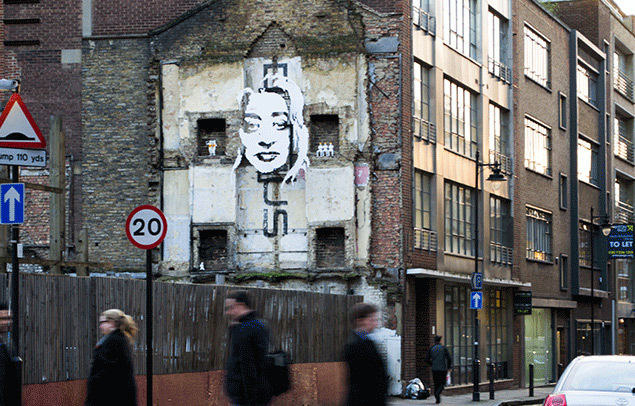 This  London-based art installation can be found close to Old Street on the side of a derelict building. The artist is a guy called Greg Shapter. By standing on the ‘X’ on the near by pavement you can see a face on the scaffolding. When you move, the image breaks up to reveal the illusion created by layers and layers of tiles. 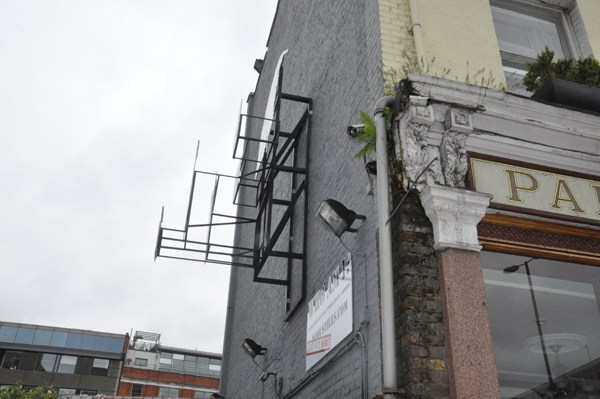 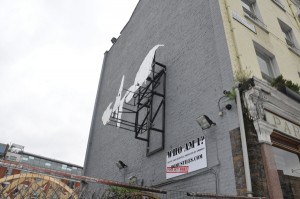 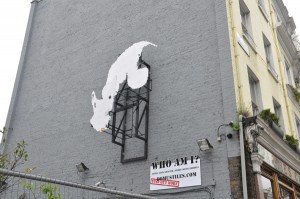 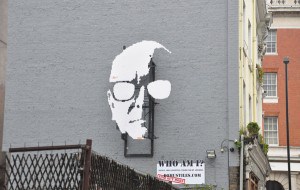 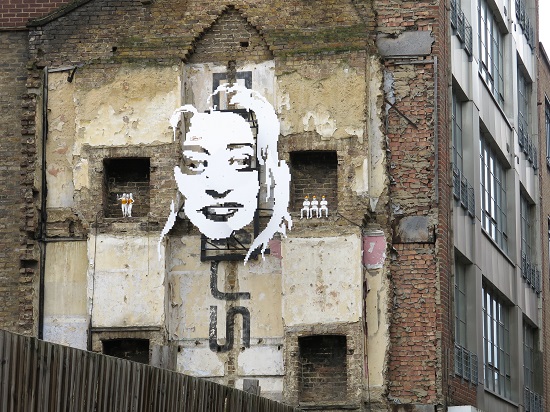 Greg Shapter was asked by Domus Tiles to build a piece to fill the derelict wall behind their car park. He came up with the idea of an image split into multiple parts and set on different planes so that the image could then only be viewed as a whole from one point. Domus selected Peter Murray, a local architect and journalist, to be the subject. Peter was a great success and was subsequently moved to a more prominent position on Clerkenwell Road. In his place Greg Shapter made another similar sculpture. This time Zaha Hadid was chosen, another architect of international renown.

The piece, that was commissioned by Domus Tiles is a portrait of the architect and journalist, Peter Murray, who worked on Broadgate in London and Hong Kong’s Union Square. 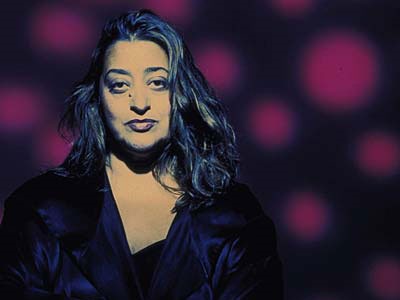 It takes Greg Shapter about 100 hours to make one of his art installations. He starts with a photo of the subject, in this case architect Zaha Hadid. Once Greg Shapter has his image he then has to do a lot of tweaking with Photoshop and AuotCAD to make a face that can be cut into the shapes the piece needs to work. Once he has completed his computerized design work Greg Shapter then sends a version of this design to a company that does CNC routing to have the face pieces cut out of PVC signboard. While waiting on the company to cut out his artwork he then had to make the steel frame that holds them his artwork. He first makes it miniature to get the dimensions. Then Greg Shapter welds it together, tests it until all that’s left is to install it.

Sometimes the most straight-laced companies can get involved with the cutting edge art world.  If you want to commission Silvertoad for an arts installation, you know how to reach us!