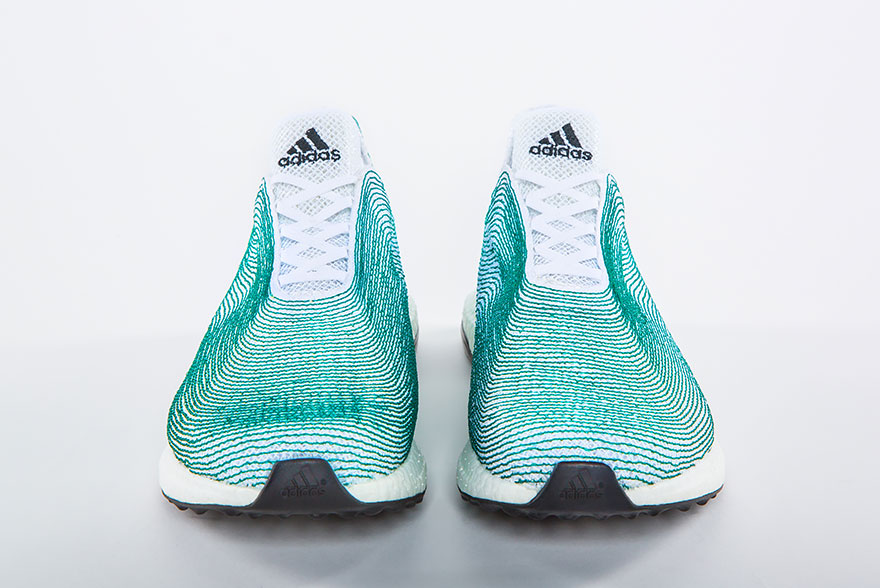 Handled incorrectly, a huge corporations steps into environmentalism can smack of insincerity and a dose of trying to keep up with everybody else. It’s refreshing for Silvertoad to see, on this occasion, a huge corporation actually offer something significant in the face of sea pollution and listening to what the public wants.

On a recycling scale, the introduction of a new concept sneaker, arrived at through a partnership with creative environmental organisation, Parley for The Oceans, made from plastic waste and ghost fishing nets taken from our seas, is a very positive look.  The shoes’ uppers will be created with recycled plastics and actual green net fibers, while the base will use other sustainable materials. Specifically, some of the material came from nets confiscated from West African poachers. Fishnets are a massive source of sea pollution as they are often cast adrift by fishermen because they get snagged on rocks or other submerged objects, so Adidas’ move into re-sourcing such rogue material is admirable and very cutting edge.

Adidas has been accused by Greenpeace of environmental pollution in the past, so this new shoe goes some way to demonstrate that Adidas are willing to put the past right and to show some responsibility via their range of sporting shoes. It’s unclear whether the shoe in the photograph will be released on a widescale but it serves as an indicator Adidas intend to  start using recycled fibres by early 2016.

What do you think?