Olympics Logo - No Nostalgia, No Nationalism...

A whole journey around the sun has been completed since the London 2012 Olympics, so its perhaps a good time to re-evaluate the controversial logo. 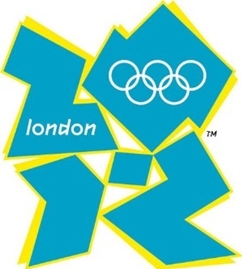 The logo creators Brian Boylan and Patrick Cox, of Wolff Olins get to reflect on the process of creating the logo and the complexities of the branding at a new exhibition at The Design Museum in London. To bolster the human interest effect, we surmise that the media furore that was kicked up in its wake, which saw the pair doorstepped by the national press at a new set will also be covered to eye-watering effect.  The new exhibition is called: Brian Boylan and Patrick Cox: The Extraordinary Story of the Olympic Logo at the Design Museum and is open NOW.

Whilst it is always interesting to hear the stories about the genus of a famous design, ultimately the final design is judged by the public at large that view and use it. The design obviously needs to stand by itself as its purpose is to communicate a brand image or message, that’s a logos job (so we won’t labour the point.) So doesn’t an exhibiiton like this seem to be a bit apologetic? It’s like explaining the punchline to a joke. If you’re laughing it works.

On this occasion though, there are questions, there are lessons to be learnt and insights to discover. We think with a project of this scale and the reaction it got, its very useful to learn and benefit from the thought processes behind the London 2012 Olympics logo’s creation. In this particular case, a public insight into the whole ‘story’ will be of great historical interest for future designers and enthusiasts.

The logo was first unveiled in 2006 to a hail storm of disapproval, but let’s stop and think of the challenges faced by those commissioned at Wolff Olins for a moment. With the Olympics 2012, six years ahead of the public release of the branding, it needed to be future proof. Six years is a long period, especially when it comes to fashion and politics on a global scale.  The creation of a new font and look that wasn’t nationalistic or nostalgic was a challenge too far in my opinion as some many of our national brands stand on top of past national glories.

It’s impossible to please all of the people all of the time and the designers claim to have deliberately set out to disgruntle traditionalists, but we think that they under-estimated the number of people who ‘hated’ it.

To learn more and take a peak up magician’s sleeve, you can see everything from the initial brainstorm scribbles to versions that were rejected at deadline at the exhibition.

We wonder what kind of logo Silvertoad would have come up? We specialise in corporate branding campaigns and logo design. It’s one of our favourite kinds of design projects. Our Site.

Brian Boylan and Patrick Cox: The Extraordinary Story of the Olympic Logo is at Design Museum, Shad Thames, London SE1 on 10 September. Tickets are priced at £17. To buy tickets and for information on other Design Museum events, visit:designmuseum.org/events.

Posted in Graphic Design, Miscellaneous, Silvertoad
We use cookies on our website to give you the most relevant experience by remembering your preferences and repeat visits. By clicking “Accept All”, you consent to the use of cookies. However, you may visit "Cookie Settings" to provide a controlled consent.
Cookie SettingsAccept All
Manage consent