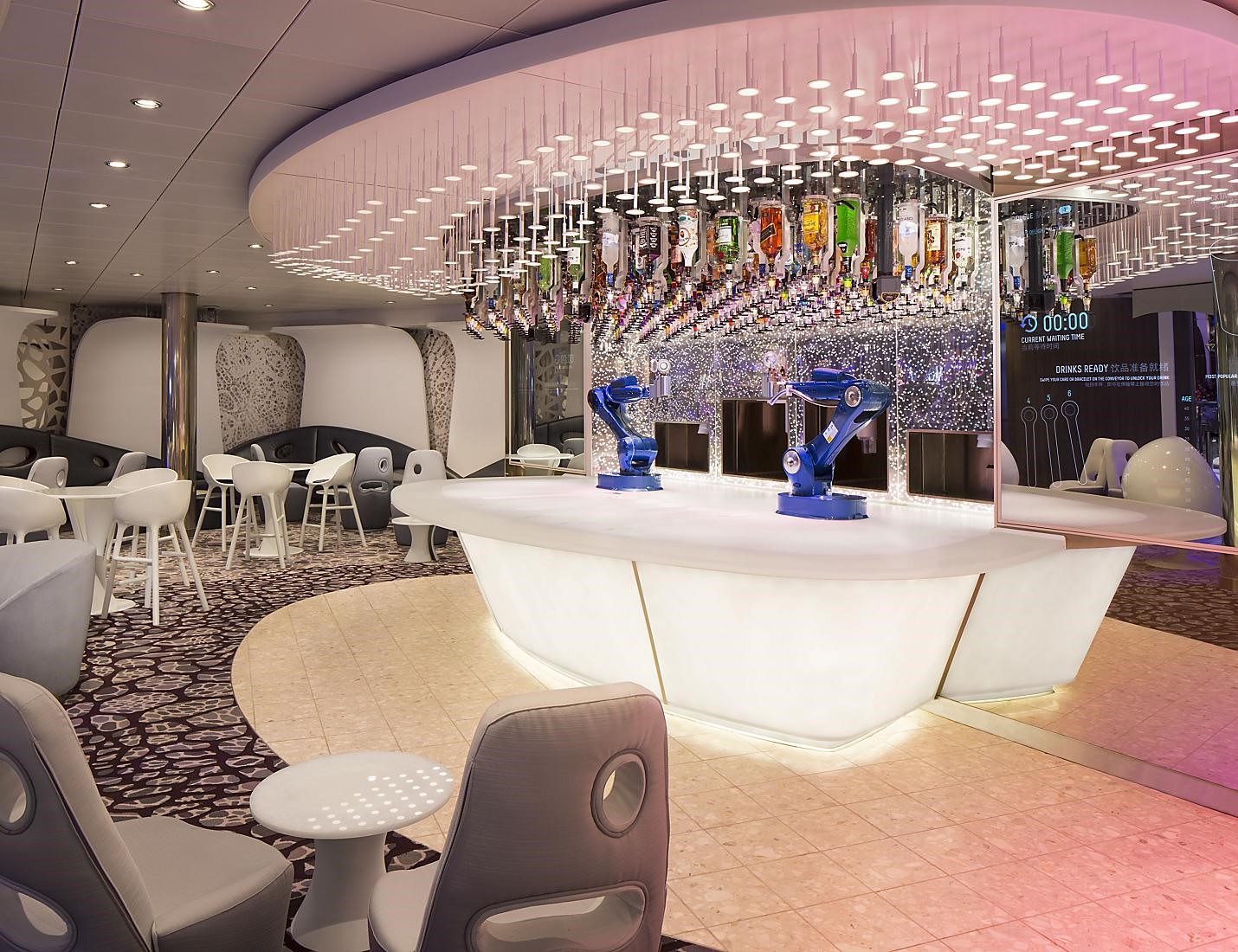 07 May #TechTuesday – The Rise of the Robots
Posted at 11:59h in News by Lucy Standbridge

The last few years have seen some great advancements in robot technology within our daily lives.

It’s no longer just the domain of manufacturing companies or tech wizards over in Japan, nearly everyone has access to outstanding technology nowadays – from voice controlled virtual assistants to bionic bars.

Royal Caribbean Cruise Line announced its first bionic bar back in 2015 – a robot bartender not only making pre-programed cocktails but also with the ability for users to choose their own mix. The bionic mixologists not only put together the ingredients, they also make it to your specification whether you want it shaken or stirred.

Another thing that’s made its way into our daily lives is the use of voice controlled virtual assistants – Siri was first released back in 2010, and acted as the foundation for the wide-audience technology that then brought us Cortana and then Alexa and Google Assistant. Though this kind of technology was first sketched out by the IBM Shoebox in 1961, which only recognised 16 words and digits, it wasn’t until Siri that the technology became widespread.

Home maintenance robots are also in full swing, with self-driving vacuum cleaners and lawn mowers to bots that can look after your pets when you’re not home. With the introduction of Google’s Allo, a bot can answer phone calls, arrange appointments and carry out conversations whilst logging key information.

The military already have security, defense and surveillance robots in place, which can notify a controller if any type of disturbance is caused, and can be used to do some of the more dangerous jobs within the military such as arming & disarming bombs, or monitoring enemy’s activity.

Automated transportation isn’t far away at all – in the recent 10 years, self-driving vehicles have made huge enhancements. Whilst trams and trains are already automated to some extent, the use of artificial intelligence is introducing a more realistic look at safe self-driving cars – with Audi, Mercedes and Google already hot on the subject, with an outlook to reduce accidents.  And lets not forget Amazon’s drone deliveries, automated supermarket in NYC amongst lots of others!

The impact of robotics is undeniable within medicine. Google and Johnson & Johnson are currently working together to create a next-generation medical robot system, whereby robots are not just used as assistants but also as part of the process. Surgical robots are on the top of this list, followed by micro and nanorobots to be able to perform to a level of accuracy that humans cannot achieve such as precise location delivery of medicinal drugs.

We wonder what the next few years will bring, though we’re not sure if we’re going to like it or not!