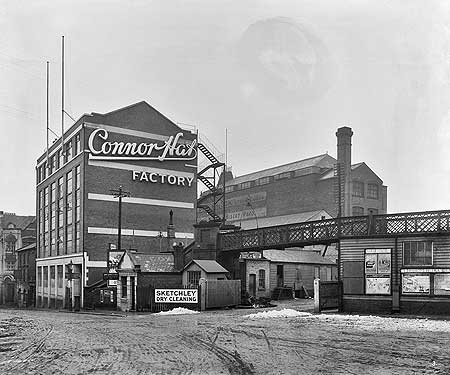 National Hat Day is a great way to raise awareness and funds for medical research into the Brain Tumour Research charity, as well as being able to celebrate all things hat-related. Look at how far we’ve come from the classic gentleman’s top hat to the modern baseball cap! We’re celebrating National Hat Day this year because our office is based in Luton, which has historical links back to the once-booming hat industry (even more so than the more commonly associated industry of Vauxhall cars in Luton since 1905).

Many local residents are familiar with the 19th-century buildings along Bute Street and Guildford Street that are now piercing shops or accommodation for University of Bedfordshire students. However, the boom of the hat industry meant that these Victorian structures were once factories and warehouses for hat makers. Between the 19th century and mid 20th century, the industry expanded until it was estimated that over 70 million hats were being produced yearly until the Second World War hit at the end of that decade and the Luton hat industry never made a comeback.

Many of the historic landmark buildings have either been domesticated or demolished – most notably in the 1970s when the Arndale Centre (now known as The Mall) was erected. However, Luton continues to keep its heritage alive with The Hat Factory Arts & Media Centre (2004) actively continuing to tell the story of its history.

There’s a history lesson for you all. If you want to learn more about Brain Tumour Research, go to www.braintumourresearch.org.

Are you going to get involved with Hat Day this year?